WE ARE ALL MULES HERE ARE THE RULES

Begin with ‘Once Upon a Time’ and tell a story that links together all 9 face-up images. Start with the first image to grab your attention. Use three cubes for the beginning, three for the middle, and three for the end of the story. There is one rule: there are no wrong answers.

Stop thinking of captions here are your options

This is cause for jubilation here is my combination

This is my pride and glory let’s begin my story

Once upon a time (cuz every good story begins with that) there lived a turtle called Tom. Tom was a one crazy rich turtle because he was a magic turtle. He was a turtle wizard (go along with it guys) who had clients from all over the world and having a global reach definitely brought in a good amout of cash, so much cash that he had a huge ass building as his home (and you would think a turtle would not need an entire building to live but you thought wrong dear readers). Despite the humongous house Tom was a sad little turtle because he, like everyone else had a HUGE insecurity-his feet. Tom was super insecure about his feet (cue *jealousy jealousy*) and he could have used magic to sort out the insecurity he had about his feet (he thought that they were ugly) but for some reason he magic never worked on him. So he searched for a way to stop being insecure about his feet, he searched everywhere from the north to the south from east to west, he even went on a break from work and went to his weekend castle in England but he couldn’t come up with a solution. But then SUDDENLY it hit him like a lightening bolt, he was successful and world renowned, he had worked hard to achieve his success and people would probably not even think of his feet as ugly and that it was he himself who was being held back by his insecurities ,this thought pierced through his heart like an arrow and he realised that to key to being happy was loving yourself unconditionally. The END.

Did you see my bag? Here are the people that I tag 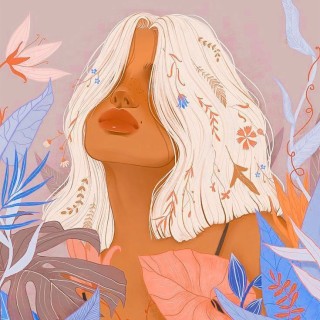 Hello. My name is Simran Dumra I am 18 years old and my life is far from perfect, it’s kind of a mess actually but then again so is everyone else’s. But hey at least we are all in this together *cue high school musical music*

© Simran Dumra and Far From Perfect. Unauthorized use and/or duplication of this material without express and written permission from this site’s author and/or owner is strictly prohibited. Excerpts and links may be used, provided that full and clear credit is given to Simran Dumra and Far From Perfect with appropriate and specific direction to the original content.
All the writing in this blog is my original content so please don't copy my hard work. All images, unless they are watermarked, are taken from the internet or Pinterest.